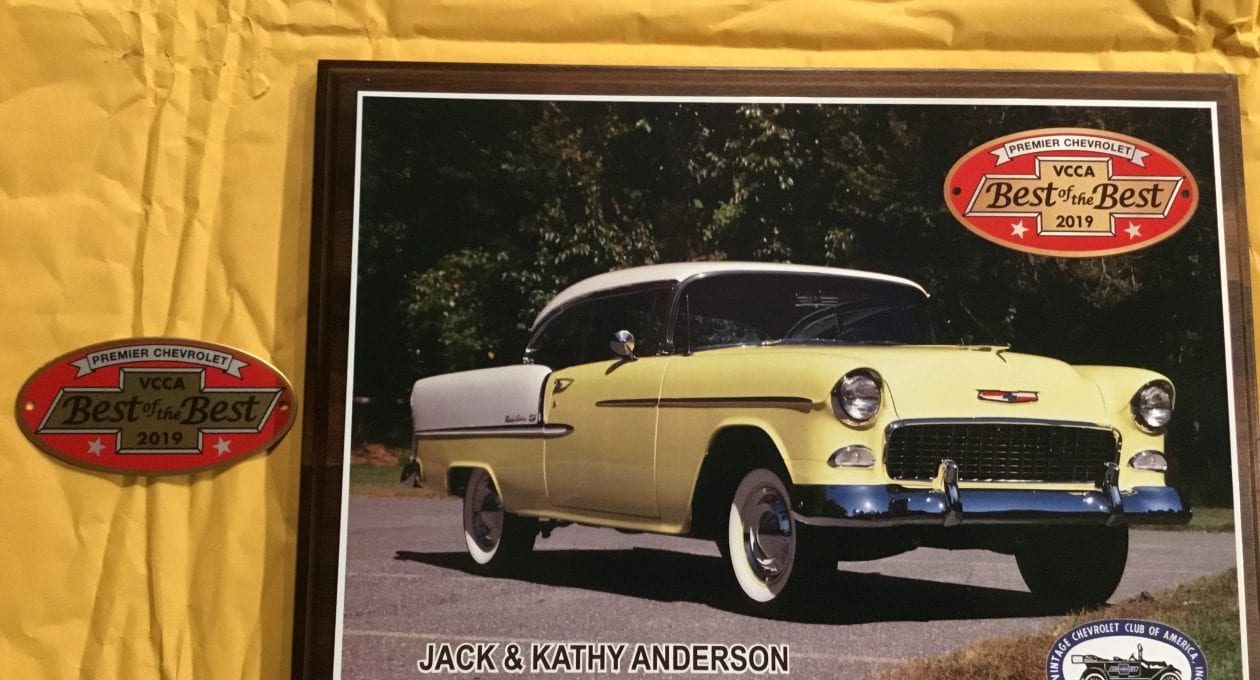 Our 1955 Chevrolet Bel Air sport coupe, nicknamed “Lemon Aid,” was just named the Vintage Chevrolet Club of America’s (VCCA) “Best of the Best” winner for 2019! At each of the five VCCA regional judged national meets last year, and aside from regular class judging awards, “Best of Show” trophies were handed out to vehicles from the 4-Cylinder Era (1912-28), 6-Cylinder Era (1929-54), 8-Cylinder Era (1955-94), Commercial (all trucks), and Historic Preservation of Chevrolet Features (unrestored – HPOCF) categories. As the “Best of Show – 8-Cylinder Era” awardee at the VCCA Eastern National Meet in Morgantown, Pennsylvania in August 2019, “Lemon Aid” was eligible to enter the “Best of the Best” competition against vehicles that received similar “Best of Show” awards at the four other regional meets in 2019. So it was a huge and unexpected thrill for “Lemon Aid” to be named VCCA’s 2019 “Best of the Best!”